This is all the same winter garden as experienced during a period of less than three hours, first in day and then in night. Notice how the deep dark velvets and jewel tones sing out mostly in the daytime, the dark spaces drawing you in; how the pinpricks of light take over by night, the lights drawing you irresistably out towards them. In fact, going from one to the other in quick succession is like looking at the same photo seen in negative.

Notice, also, how the unexpected blossom (really, there’s blossom coming out already!) shines out all the more against winter’s canvas for being so unexpected against its slate-skied woodiness. How the hardly noticed feature of a moongate (a circular opening from one part of the garden into another) comes newly into its own when backlit by lanterns in the indigo of a darkest December evening so that stepping through it is like suddenly discovering the moon a cosmic portal and the universe a brick garden wall. Yes, the garden of a winter’s day can be so very magical dressed up in all its pearls of glistening moisture and its ruby-red berries but then, in its darkest persona, that garden becomes most magical of all, defying all spacial logic to make all things seem possible, reinventing all that you thought that you ‘knew’ with your eyes not so long ago…

In the week of the Winter Solstice, the very tipping point of dark into light, the contrasting performances of this garden could not have felt more apt; a delightful surprise on this year’s visit to West Green. You can see the entire collection of photos in my Flickr album, the Yin & Yang Garden. 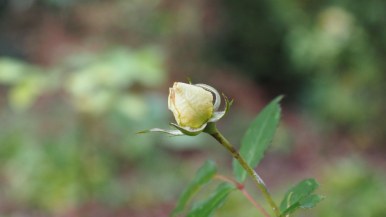 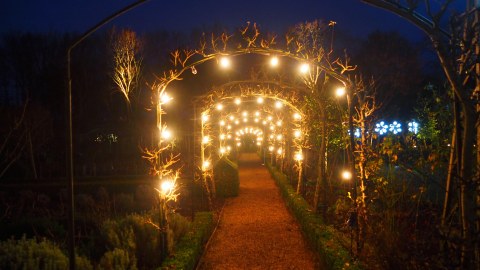 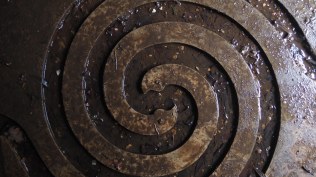 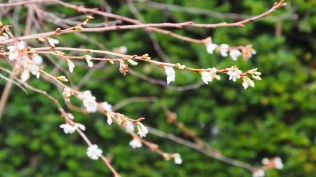 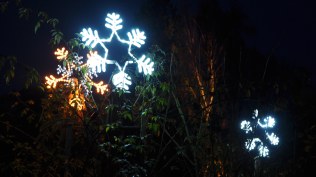 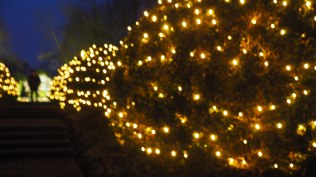 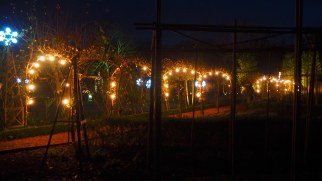 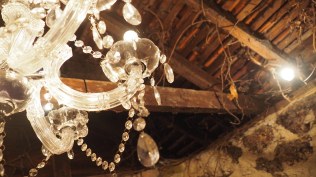 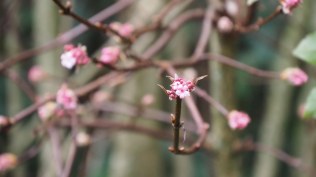 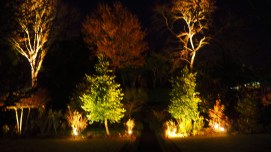 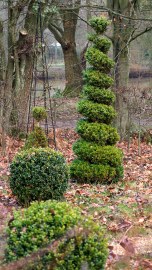 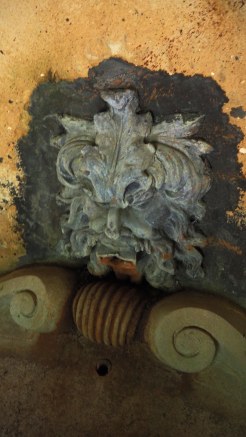 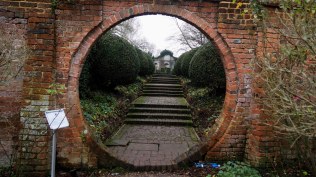 Helen White is a professional artist and published writer with two primary blogs to her name. Her themes pivot around health and wellbeing, expanded consciousness and ways of noticing how life is a constant dance between the deeply subjective and the collective-universal, all of which she explores with a daily hunger to get to know herself better. A lifetime of "feeling outside" of mainstream...slowly emerging as Asperger's Syndrome, Ehlers-Danlos Syndrome plus a complex of co-morbid health challenges, being a confirmed Highly Sensitive Person and an INFJ personality type, not to mention born under an out of bounds moon (need I go on) fed into the creation of Living Whole; a self-exploratory blog fed by a wide angle lens tilted at "health and wellness" topics. Meanwhile, Spinning the Light is a free-for-all covering a multitude of playful and positive subjects about life in the broadest sense...written with a no-holds-barred approach. Needless to say, their subjects cross over quite often.
View all posts by Helen White →
This entry was posted in Gardens & gardening, Menu, Nature, Photography, Seasons and tagged blossom in winter, Christmas garden, Christmas lights, contrasting light, December, English garden, fairy lights, formal garden, gardens to visit, magical garden, moongate, night garden, other-worldly, photography, shiva shakti, West Green House, winter garden, winter solstice, yin-yang. Bookmark the permalink.

2 Responses to The yin-yang garden