Here cometh the Queen of May… 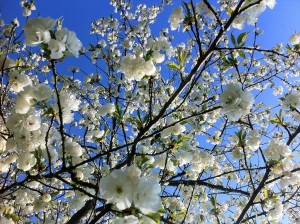 The Queen of May is very soon upon us and the preparations for Her arrival are well underway. Step outside and you’ll note that it’s as though a regal carpet of blue and yellow (bluebells, forget-me-nots, dandelions…I’ve seen them all in profusion this week) has been dragged from its winter storage and somewhat hurriedly laid out in meadows and beneath the increasingly verdant canopy overhead, appearing all the more charming for the seeming randomness of its placement.  Look again and you’ll see party bunting of pink and white blossom has been strung out along hedgerows as though to soften hard boundaries into the chequered patterns of a summer dress, or like streamers at a mardi gras strewn along the lanes down which She will be making her progress, accompanied by dancing maidens full of laugher and song, their joyful sound drifting ahead of the entourage and into newly opened windows in the form of a crescendo of birdsong. 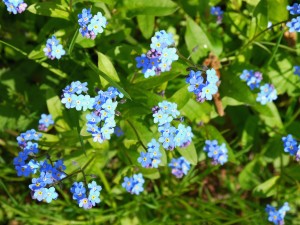 Far more than just a metaphor, this expression of the very abundance that is Nature when newly awakened and of that frisson of excitement that seems to permeate every living thing is, to me, the very essence of approaching Maytime that I have loved all of my life and so it’s no exaggeration to declare that this is my very favourite time of the year, bar none. I’m quite certain that there is no coincidence in the fact that I was born on the first day of May and, if I were to pick my arrival-day over again, May Day would always be my choice as it suits me to a tee! 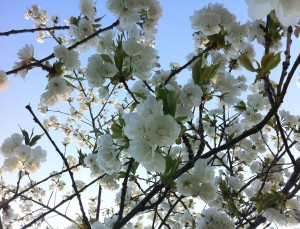 A long-celebrated festival across much of the Northern Hemisphere, May Day has its roots in the Wiccan tradition of Beltane which focuses on the battle between the May Queen and the Queen of Winter. In the words of Patti Wigington:

“The May Queen is Flora, the goddess of the flowers, and the young blushing bride, and the princess of the Fae. She is Lady Marian in the Robin Hood tales, and Guinevere in the Arthurian cycle. She is the embodiment of the Maiden, of mother earth in all of her fertile glory.

As the summer rolls on, the May Queen will give forth her bounty, moving into the Mother phase. The earth will blossom and bloom with crops and flowers and trees. When fall approaches, and Samhain comes, the May Queen and Mother are gone, young no more. Instead, the earth becomes the domain of the Crone. She is Cailleach, the hag who brings dark skies and winter storms. She is the Dark Mother, bearing not a basket of bright flowers but instead a sickle and scythe.

When Beltane arrives each spring, the May Queen arises from her winter’s sleep, and does battle with the Crone. She fights off the Queen of Winter, sending her away for another six months, 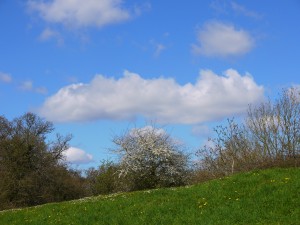 so that the earth can be abundant once more.”

Focussing far less on the need for struggle than upon a natural cycle, a turning wheel, that sees one trend supersede another, its never been hard for me to imagine such a persona, a ‘queen’, sweeping in and leaving a trail of blossom and abundance in her wake. The transmutation of all that makes up our physical surrounding can be so dramatic, so utter and complete by the end of this relatively brief period of springtime that it’s not hard to imagine such an entity sweeping through, making the changes ‘for’ us and yet, really, this transformation happens so swiftly and completely just because its the right time for it to happen; one part of a cycle has run its course and another is ripe to begin. In the depths of prolonged winter, it can seem incredibly hard for us to imagine anything so easy, so uncomplicated as that and yet there it is, a miracle of transformation, a gift freely given by the universe because ‘it is time’. 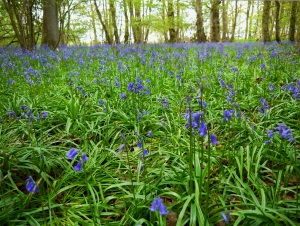 Looking from that universal perspective, May Day is also a date that has all the added potency of astronomical significance as one of the cross-quarter days falling midway between an equinox and solstice – others being  Groundhog Day on February 2, Lammas (from the Anglo-Saxon “loaf-mass” or wheat/harvest festival) on August 1 and Halloween on October 31.

Added to all this, May Day has become something of a personal celebration for me, borne on the wings of my lifetime’s experience of this being a ‘good’ time of year both energetically and creatively – perhaps stemming from that feeling I suspect that many of us share of being somehow at our zenith or personal peak as we cross-over the anniversary of our birth. Perhaps this is because certain triggers 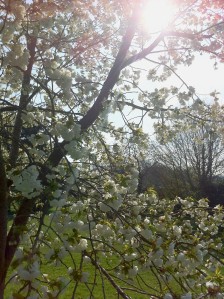 in the weather and the seasons remind us of that very first exuberance of ‘arriving’, of being birthed into the fullness of light in our very first moments as beings with physical form. I find it so very appropriate, as well as deliciously indicative of the deeper and often overlooked layer of meaning to be found beneath certain old words and phrases, that the Italian expression for being born – “dare alla luce” — translates as * “to give to the light”. For me, that only goes to emphasise the  double impact I must be experiencing as I celebrate my own delivery into the light of this lifetime at a time of year when we are all (in the Northern Hemisphere…) so-delivered into the light of the coming season!

* Something I learned quite recently from the film “Under A Tuscan Sun” and which struck me as the most appropriate description of the process of ‘being born’ that I had ever come across; bless the Italians for the sheer poetry of their expression!

Helen White is a professional artist and published writer with two primary blogs to her name. Her themes pivot around health and wellbeing, expanded consciousness and ways of noticing how life is a constant dance between the deeply subjective and the collective-universal, all of which she explores with a daily hunger to get to know herself better. Her blog Living Whole shines a light on living with high sensitivity, dealing with trauma and healing from chronic health issues. Spinning the Light is an extremely broad-based platform where she elucidates the everyday alchemy of relentless self-exploration. A lifetime of "feeling like an outsider" slowly emerged as neurodivergence (being a Highly Sensitive Person with ADHD, synaesthesia, sensory processing challenges and other defecits overlapping with giftedness). All of these topics are covered in her blogs, written from two distinct vantage points so, if you have enjoyed one of them, you may wish to explore the other for a different, yet entirely complimentary, perspective.
View all posts by Helen White →
This entry was posted in Consciousness & evolution, Culture, Films, Nature, Personal Development, Photography, Seasons and tagged abundance, Beltane, birthdays, light, May Day, rebirth, spring. Bookmark the permalink.

3 Responses to Here cometh the Queen of May…