A woodland culture dawns as trees are saved 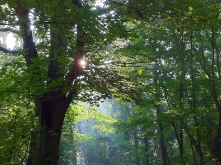 I just wanted to share my joy at the news that “our” (and I hesitate to use the word as they belong to nobody, really) woodlands have been saved from the 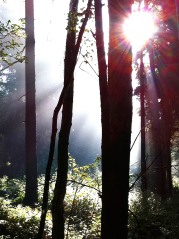 threat of being parcelled up and sold off. A few days ago, I received the alarming news from 38degrees that our woods and forests were under threat all over again  (I signed a similar petition just a few months ago) as news leaked out that the government were considering selling-off huge tracts of land to developers or whoever had the cash. Given the concern such news gave rise to, I am happy to say that the Report of the Independent Panel on Forestry came out today and its recommendations were accepted, meaning that plans for a sell-off were scrapped.  It stated that “There is untapped 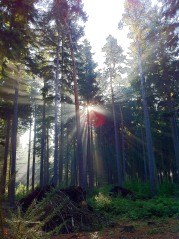 potential within England’s woodlands to create jobs, to sustain skills and livelihoods, to improve the health and wellbeing of people and to provide better and more connected places for nature”. It went on to list all of the many benefits that our woods provide including “areas for recreation, clean air, clean water, and habitats for wildlife. They also lock up 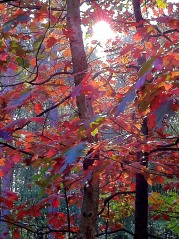 carbon, provide shade and can help reduce flooding”.  The most important thing that jumps out at me from the report is that it calls for  “a revival of a woodland culture that appreciates how important trees are for people, for nature and the economy”.

“A woodland culture”: what a beautiful phrase, one that resonates with all that we were on the verge of losing and which, if we embrace it as a way of life, could lead us back to a place of total harmony and working with nature rather than plundering it as a resource put on this planet for man’s use and man’s use only. The time has come to realise that we (man) are just “cells” in a gigantuan 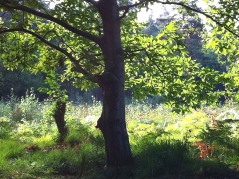 organism that consists of all things in nature, including the trees, the planet, the atmosphere, the universe and beyond. Sickness in one portion of the whole, one organ or limb, leads to sickness throughout – and a portion of the earth without trees is very sick indeed. To quote today’s report, “A treeless landscape affects the air we breathe, the water we drink, the food we eat, and the diversity of our wildlife, as carbon dioxide thickens the blanket of gases around the Earth”. If you dare to face up to the horific reality of how misbalanced our tree to surface area ratio already is then I recommend Thom Hartmann’s shocking audit of the situation, which includes his vision of how we can try to remedy the situation, under the title “The Last Hours of Ancient Sunlight“. I highly recommend it, in fact I think everyone should read it, but you may never look at anything in quite the same light ever again! 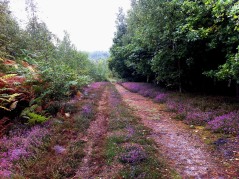 commercial gain and supposed “advancement”). When we snatch at nature for whatever short-termist solution we need to get us out of this year’s “hole” (and you can be sure there will be another such hole next year, and the year after…) – for instance, selling off national woodland for a quick economy boost – we tip things out of kilter and the consequences are always (always) far more serious, far-reaching and detrimental to the overall health of this planet than the human end could ever justify. We are arrogant beyond words to think that we fully understand, or can counteract, all of those consequences and it is time we learned to show nature the respect she demands.

We have done more such snatching and grabbing over the past two centuries than we could ever make amends for and it is time, now, to work with nature, within nature, as part of nature. Our woodlands cannot simply be squeezed out to make room for housing estates and industry; 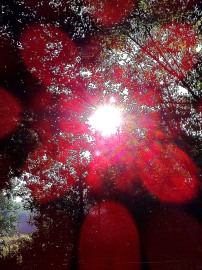 rather, we need to have the respect for them that sees us tread softly and in awe within these treasured spaces as they remind of us of our place in the bigger picture.

I hope that I am right in saying that I detect a note of these sentiments underlying today’s report and so I choose to see this as an important turn in the tide and as part of another much bigger picture – one in which what people really want (100, 000 signatures were gathered over this issue) can be held as a vision that is so powerful that it becomes the reality, a picture in which heart-power and a deeper understanding of what is really important reign over shortsightedness and greed.

By the way, I took all of the photos used throughout this post on walks in the kinds of woodland that were, I imagine, amongst those recently under threat: largely unheard of and therefore supposedly insignificant portions of woodland that, it may have been assumed, could have been slipped from under our noses without too many people noticing and turned into prime real-estate around the edges of affluent towns. Picture what all that would have looked like as it took shape, if you can bear it, and how more houses, roads and urban sprawl would have appeared in a year or two’s time,  then look back at these images:  now, do I even need to ask you whether you feel the right decision was made today? I know it was.

Helen White is a professional artist and published writer with two primary blogs to her name. Her themes pivot around health and wellbeing, expanded consciousness and ways of noticing how life is a constant dance between the deeply subjective and the collective-universal, all of which she explores with a daily hunger to get to know herself better. A lifetime of "feeling outside" of mainstream...slowly emerging as Asperger's Syndrome, Ehlers-Danlos Syndrome plus a complex of co-morbid health challenges, being a confirmed Highly Sensitive Person and an INFJ personality type, not to mention born under an out of bounds moon (need I go on) fed into the creation of Living Whole; a self-exploratory blog fed by a wide angle lens tilted at "health and wellness" topics. Meanwhile, Spinning the Light is a free-for-all covering a multitude of playful and positive subjects about life in the broadest sense...written with a no-holds-barred approach. Needless to say, their subjects cross over quite often.
View all posts by Helen White →
This entry was posted in Conservation, Culture, Woodland art and tagged Independent Panel on Forestry, nature future of planet, new direction of planet 2012, proposed woodland sell-off, The Last Hours of Ancient Sunlight. Bookmark the permalink.